Posted on January 29, 2015 by garymitchellwp 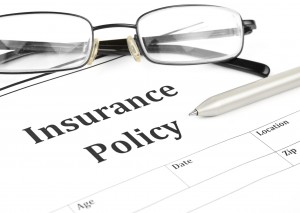 As a Ventura County personal injury lawyer can explain, federal laws and statutes allow lawyers on both sides to interview everyone who will be offering testimony in a case. This pre-trial interview process is known as the deposition. The purpose of a deposition is to allow lawyers on both sides to learn what the other side knows. This is part of a larger process called discovery, which is how lawyers gather information about a lawsuit.

In addition to learning the facts of a case, the deposition allows an attorney to learn additional things about the opposing party, such as his or her demeanor, openness or evasiveness. This can help a lawyer to see how this person may come across to a jury. A deposition also gives a Ventura County personal injury lawyer a chance to ask follow-up questions to statements made by witnesses.

At a deposition, legal counsel for both sides have a chance to learn what witnesses will be saying, how they will be saying it and what their reasons are for what they will be saying. The lawyer can then use this information to look at the evidence and figure out the best approach or argument for the trial.

According to a Ventura County personal injury lawyer, the deposition allows both sides the chance to narrow down the issues and streamline the case before the trial. For instance, a lawyer may use a series of questions in a car accident case as follows:

If you wish to speak with a lawyer about a personal injury case, please call the office of Gary Mitchell at 888-452-1846.

This entry was posted in Personal Injury. Bookmark the permalink.